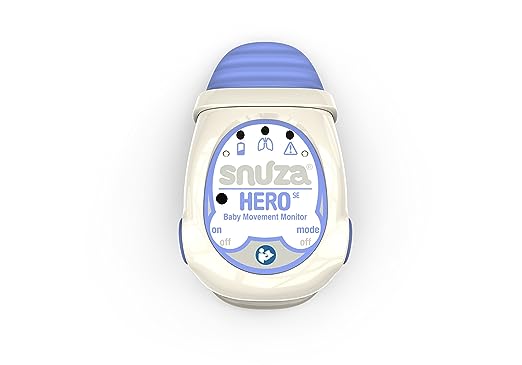 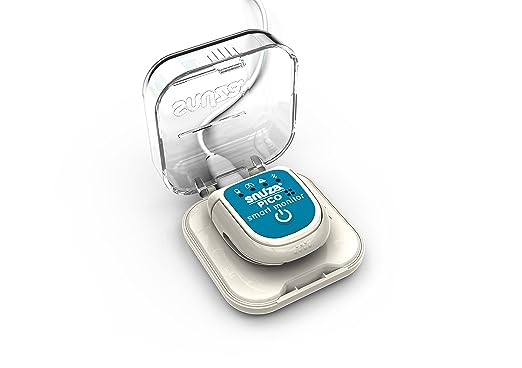 I want to talk about the one thing I HAVE to have before I even leave the hospital with my babies. I used it until Crew was one, and I will with Knox as well. It’s a breathing monitor that attaches to their diaper. With Crew, I used one my sister had, I can’t remember the brand. With Knox, I’ve used the Snuza Hero and the Snuza Pico and love them both! Let me explain more about what these devices do, and why I’m so adamant about using them, from the first day of birth.

SIDS is something I hear about a lot, especially in my line of work. There is no concrete evidence about the cause, all we know, is baby stops breathing, for whatever reason. That is so devastating, and I can’t fathom the pain people go through, who have had to deal with this. My heart hurts picturing it. This is why I like pacifiers as well. There are studies that say, if a child is sucking on a pacifier, it can help prevent them from forgetting to breath. With the Snuza monitor, it easily slips on the diaper, and there is a sensor that rests against the abdomen. If a child stops breathing for 15 seconds, the monitor will start to vibrate to remind baby to take a breath. If the baby doesn’t breath for 5 more seconds, it emits an audible alarm and will not stop, until the parent checks on baby, and turns it off. SO SIMPLE.

I have heard the Snuza vibrate while Knox is sleeping, and it is most likely because of poor positioning….but I wonder if maybe she was holding her breath, and the vibration reminded her to inhale. I honestly have no idea. And I don’t think that this is a complete preventative measure against SIDS or something bad that might happen. But it does give me a lot of peace of mind. My thinking is, “Why risk it?” Why not use this simple, non invasive device?” It’s so small, clothes fit over it with no problem, and baby doesn’t notice it at all!

I’m going to go into more detail about each monitor. The Hero is a bit cheaper. You turn it on once it’s clipped on the diaper, and all it does is vibrate and alarm. I’ve used this one for several months with Knox. Love it. The Pico is pricier, but super cool! For one thing, you can charge it, instead of replacing the battery. I still haven’t had to replace a battery in my Hero (just FYI.)  It connects to the app, Snuza Connect, and you can monitor the breathing rate, temperature of baby, sleep analysis, and position baby is sleeping in. I LOVE reading through this in the morning and seeing how Knoxie did, hahaha, it’s like a fun little book for a mom! I will pause it from my phone, while I breastfeed, and I can turn it off too…all from my phone! Technology man….it’s the coolest! It clips on the diaper as well, and Knox has never noticed either monitor.

A lot of people talk about the Owlet sock, which goes on the foot of the child. I don’t like that one, because it’s inconvenient, it doesn’t vibrate, and it’s very expensive. Your baby can’t wear shoes, it’s harder to get to their foot, than a diaper, and it alerts the parents if something is wrong. But I want something that vibrates and alerts the child as well. Just my opinion. I very much knew I wanted the Snuza over the Owlet!

That’s all I have for you guys, I’m very passionate about this issue, and tell so many patients about it. Figured I’d better put it on the blog as well! Hope you have a great rest of your week, and thank you for reading! If you have any comments, opinions, or if you’ve tried any of these….let me know down below!

You may also enjoy: